I have been feeling so guilty about not blogging here for nearly two weeks. I was in London, which was fantastic in some ways. One of my very best friends turned 50 and I had to give a speech at  her dinner party for 50 (in their back garden. In a tent. In a Force 10 rainstorm). And sing a song written by her ten year old. A marvelous song. But my rendition … well, … (as the Birthday Girl herself pointed out) … think, Phoebe on Friends singing ‘Smelly Cat’. I also saw Sheila Jordan perform three times — each time more fantastic than the last (to see my review of her Royal Opera House gig, click here)– and got to chat with one of my all-time heroines, who I ran into in the audience — Norma Winstone. And I saw Billy perform at Queen Elizabeth Hall with Carla Bley (he is a Lost Chord) and they got a standing ovation. Here is a review in the Daily Telegraph of the performance. And here is a picture of them all. They do look rather lost. 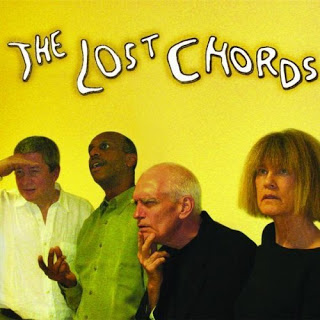 My own gig at Pizza on the Park was … well, the first set was pretty good, I think. It’s always hard to know. Certainly it had its moments. But we were under-rehearsed, so the second set was a bit shambolic. In my opinion. But … see … you can’t always be on. However, it was sold out (always gratifying) and the audience was wonderfully appreciative. And overall, I had a wonderful time in London. It was incredible to see my own boyfriend perform in my own home town and get to stay in swanky hotel with him for two nights. And, as an added bonus, I was recognized quite randomly in three different places by three strangers as “Tessa Souter” (when this happens, as it has — gasp! — four times in the past few months, it always feels like this Tessa Souter is someone else who I am impersonating).

Here is a gratuitous video of my UK drummer, the amazing Winston Clifford, singing my song Usha’s Wedding with me. This is a couple of years old (our version on November 12 was miles better) and the sound isn’t ideal. But it gives an impression. Winston, by the way, can sing better than anyone! Note perfect John Coltrane solos! Need I say more? I love his vocal tone. I can’t remember how I discovered he could sing but I am so glad I did. He sings this with me every time I play in London.

Bud Powell, Charlie Parker and … Me! You ask…? 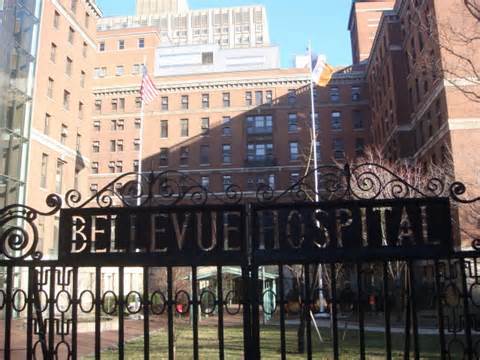 So the title of this blog … Well, this weekend I had severe chest pains for the third time this week, so I called my best friend Neil and he insisted I call his best friend, doctor turned novelist Ethan Canin (who introduced us in San Francisco 15 years ago when I was a writer and  I was the first woman member of the  Writer’s Grotto), and he insisted I go to ER at Bellevue Hospital where I was put to the front of the line at once by a nurse. I didn’t see that it even was a line until she left and guiltily repositioned myself at the back and got shouted at when she returned to find me there. “Did anyone tell you to move?” Er, no. “So why are you standing there instead of here?” Well, I saw there was a line and … “You’ve got chest pains, right?” Yes. “So get back to the front!” And she shouted at the line like it was their fault for looking at me wrong. Sort of Nurse Ratchet, but in a good way.

Next I was whisked off on a stretcher-cum-bed thingie and X-rayed and EKG’d and hooked up to heart monitor (two baths later I am still scraping off the gunk they use to stick them on with) and blood pressure machine for what turned out to be the entire weekend in ER because they had no beds in the heart section (where I would have been put had they had any beds there).

Now, People, the Emergency Room of a public hospital is no place to get actual SLEEP. The rotating cast of characters was loud. The man in the bed to my left, thankfully hidden behind a curtain, was shouting incoherently for about half an hour, until the doctor arrived and then he very lucidly asked for: “Ah yes, two Percoset, please. 300 milligrams!” The doctor wanted to know why he wanted it. “It takes away everything, Nurse. EVERYTHING! All of Vietnam, all of the pain, the pus, … all gone!” Actually I’m a doctor, she said and we don’t just give people Percoset when they ask for it. “I need it, doc. For the pus!” Pus? “Yes, pus! That’s another word for pain. I read it in the medical dictionary. You’re a doctor and you don’t even know that!” He was sent off with Ibuprofin. But see, he probably shouldn’t have started out calling her “Nurse.”

As a germ phobe, I can think of better places to spend the night. The bed next to mine had must have been the designated bed for cough-ers — one of whom thought she might have H1N1 (she was sent home, so I think she was fine). Another woman, in with exactly the same symptoms as mine got dispatched home — after she’d eaten dinner. Ethan thought perhaps because she was in every week. I couldn’t eat the food (ham and cheese sandwiches and green jello) so Neil turned up with an enormous bag of food, but every time I reached for it someone behind another curtain would make awful, long, heart-wrenching, choking noises. He was also loudly questioned about how often he pooed and whether he wanted to use a bed pan or have a diaper put on. He chose the latter. As I quietly returned my plastic bag of food to the shelf under my stretcher-cum-bed thingie.

Dozing was the only thing possible. I got woken up at various intervals by people shouting (“Im going to get my attorney on to those cops for bringing me here. He’s a scary man. He’s going to sue your asses!”). Or putting in their drug orders (one man recited a huge list — none of which were available, but he must have had something serious because they gave him Morphine). Or to the sight of a man with his hands cuffed behind his back being marched past the end of my bed by a cop (there are almost as many cops as nurses in Bellevue ER), and even a group of itinerent types, awkwardly handcuffed together, shuffling through the ward. And lots of bright young people in red polo shirts, who turned out to be volunteers. I mean ALL NIGHT! Never again let me hear anyone complain about “young people today.”

I can’t even tell you how many times I was woken up to have my temperature taken or to be jacked up to a drip because my blood pressure was … well, I say “dangerously low” (like 54 over 40) but is there any such thing as that when it comes to blood pressure. Even the daytime doctor agreed with me when I pointed that out. It’s usually 90/60 — the blood pressure of a five year old child. When I told him that I had once been told by a doctor that I had a “beautiful small heart”, he said that would explain my low blood pressure and then ran off excitedly to see the X-ray for himself.

No, we don’t know why I am getting chest pains. I suspect stress, which makes it a relevant blog on this mad life I (and maybe you)  have chosen to live. Here is MY diagnosis: I collect feelings in my chest. If I see an injury it always gives me a sharp pain there. If I relax, that is where I get a tickly feeling. When I am moved by music, my chest is where I feel it. Beautiful music vibrates like a pain in my breastbone. So my theory (the doctors are still working on theirs) is that I am getting all stressed up in the night while I sleep and waking up with chest pains. Bud Powell and Charlie Parker (finally, the blog title explained!) also made visits to Bellevue, so I am in good jazz company.

Meanwhile, I can’t wait for Billy to get back on Saturday from the European tour. Poor thing was super worried when he got the message that I was in ER — not helped by the fact that my phone died while I was there and he couldn’t get in touch with me. Well, I say “poor thing” but he is ending his tour in Monaco, and will have the day off in Nice (poor darling!) over Thanksgiving. His soothing presence will have to suffice in lieu of my coming up with a fabulous money-making idea which will keep me in the manner to which I wish to become accustomed while I focus on my MUSIC alone, instead of all the trillions of things that go along with living day to day at the same time as feeding the constantly Hungry Baby of this “career” of mine.

Meanwhile, lucky me that I got so well taken care of this weekend, even though I didn’t really have the time to spare, and (in my rush to leave) had left my pot of paint open with the brush on top of it so it was all dried out when I got home. And I got to witness some very gentle, sweet people who are in the world looking out for all of us. Nurses and doctors are really not just in it for the money.  They are — inspiringly — patient and kind, even (perhaps even particularly) when refusing to hand out Percoset like Hallowe’en candy.