It was so fantastic to have a totally sold out gig at Joe’s Pub last weekend, when I had been utterly convinced that there would be no one there! Because It was freezing cold. It was the Saturday after New Year’s. And I am the worrying type! But — hooray! — it was so sold out people had to sit on the floor, stand at the bar and were actually turned away at the door (not hooray for that bit!). And we were really lucky to have a lovely crowd — not just big, but nice! Here are some pix taken by my friends Fatima, Philine VanLidth DeJeude and Sirin Samman on the night.

We were helped by a fantastic review for Obsession which appeared in the January issue of AllAboutJazz-New York (read it here), and by being picked by TIME OUT NEW YORK as one of only two must-sees of the New Year weekend. The other one was Mighty Sparrow – fellow Trini!

Tonight (Friday) we will be at the 55 Bar, in a smaller configuration, and then I am getting ready to travel — to California (Southern AND “home” to Northern California, my first destination when I got to America) and Russia and Belarus. Meanwhile, here is a lovely review of the Joe’s Pub gig and at the end of this post is a video of us doing Vera Cruz on the night. 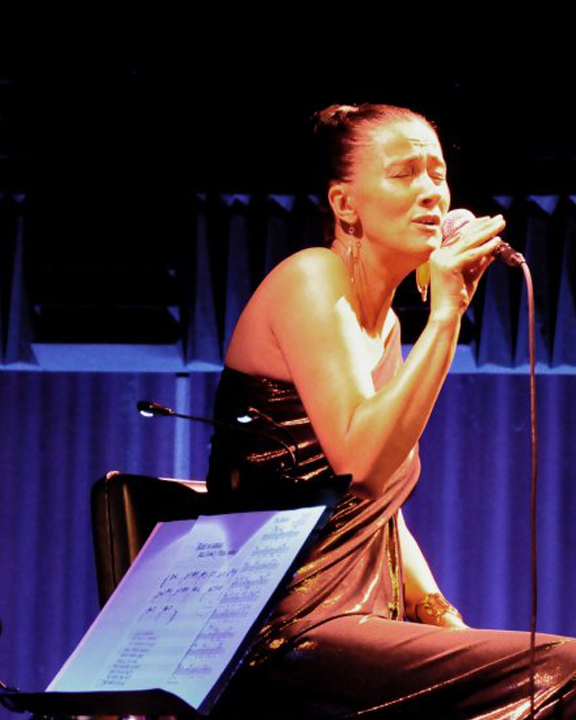