Okay, so … what is success?

Well, my best friend Neil just found out that his new book, The Media Relations Department of Hizbollah Wishes You A Happy Birthday, was named one of the TOP TEN books of the year on BarnesandNoble.com. Check it out here. He’s in great company. I’d definitely call that a success. I also made a blogger’s Best Jazz of 2009 list. Also in great company.

And right now, I am feeling like a wildly successful songwriter, since I discovered a California-based singer named Kara Stewart, who heard about me from someone I don’t even know, has actually covered – beautifully – my original tune, ‘You Don’t Have to Believe’. But does one singer singing my song mean I am a “successful” composer? Well, it does to me. But to Cole Porter? Prolly not. And it doesn’t really fall under the umbrella of the Oxford Dictionary definition of success as: 1. The accomplishment of an aim or purpose (since it never entered my head that someone else would want to sing it); 2. The attainment of fame, wealth, or social status (er… about that…).

One of my favorite novelists, Alaa el-Aswany, has his own definition of success: “The reward I seek is from my writing only. I write because it makes me feel better. To express myself. To understand things. I had opportunities to make money. I was offered a job movie writing, but I refused. I like writing novels. I don’t want to do something I wouldn’t like. If you want to be a writer you must forget about fame and money.”

But it seems you aren’t really allowed to call yourself a painter/songwriter/singer if you are not successfully earning a living – especially a good living – doing it. Imagine meeting Van Gogh at a party today. ‘An artist? Really? Are you selling? Do you have a gallery? Oh, you’re planning to share a studio with an accountant-turned painter named Paul? Uh, your brother has bought some of your work, you say?’ He sold only ONE painting in his life – for 400 francs at an auction.

Irises, however, sold (the last time it was sold) for a cool $111 million. Dollars. 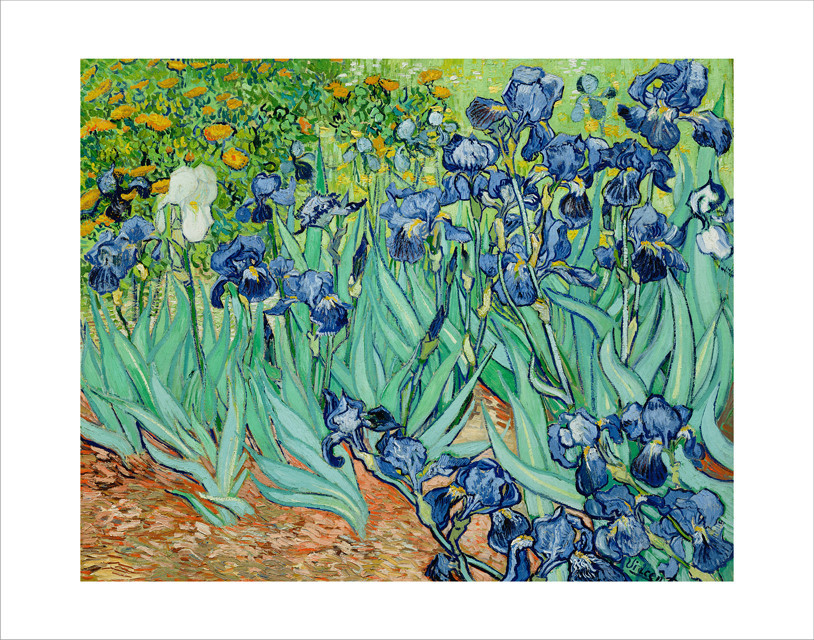 When I first became a journalist in San Francisco, I’d rather sheepishly tell people who asked what I did, that I was a journalist – feeling like a big liar because I actually earned my living from cleaning houses, and my ‘journalism’ was basically a volunteer job (i.e., unpaid) eliciting rejection letters.

Of course, once I became a successful, (i.e., making enough money to live on it) journalist I realized, from the stand point of my “before and after’” perspective, that the fact I hadn’t earned money from it before hadn’t made me any less a writer. After all, how many poets make a living from writing poetry? And Alaa (who is also a dentist … in fact, my dentist when I was in Cairo) was talking from the double perspective of having written his book , the amazing and beautiful The Yacobian Building in obscurity for years and then achieving mega success with it. It is even a movie.

And speaking of brothers, and success and doing things just for love with no idea of “getting anywhere” with it, my brother Simon and his wife, Fiona, like to make videos of themselves miming to songs, sort of ABBA style. The one they made of themselves miming to a Peter Sellers and Sophia Loren song has had over 164,000 hits on YouTube. (To give you some idea of how huge that is, Carmen McRae singing ‘I’m Glad There is You’ hasn’t even hit 20,000). To me that would be success beyond my wildest dreams. To them, since they only put it up for friends and family, “success” doesn’t even figure into it.

As for fame? Well, no one wants to be “too” famous. As Meg Ryan once said: “Sometimes I’m like, ‘Oh God! I just want to buy some tampons!’”

So, I’m thinking now that “success” is entirely relative and individual. Meanwhile, here are three fantastic quotes on the subject for all us strugglers and strivers to ponder on, that seem to me to capture the essence of true success.