Okay, so I am not a “fellow American” quite yet. BUT I did get fingerprinted the other day for my citizenship papers, even though I was a day late (I didn’t mention it and nor did they), and any second now I will have my interview and will be a “fellow American”. Someone expressed concern at my last gig about anyone wanting to be an American, but see, English + American actually makes me Canadian, although when I say “a boat”, I still mean a boat, not “about”.

Meanwhile, I have been duly swotting like a banshee (and you thought they only howled) all 100 questions, 10 of which will be asked at the interview and six of which I will need to get right. I noticed during a friend’s testing of me that when the question “What was the declaration of Independence?” came up, I accidentally answered: “We declared independence from Britain.” And I didn’t even say “Great Britain” — eek! You can test yourself here  at this government website.

Being able to pass an English test is part of the interview, which I fully expect to ace, even though, strangely, there will be no translation questions, such as “plaster” meaning band aid, or “smart” meaning posh (British) instead of clever (which I have just found out in American has negative clever dickie connotations) or “fish ‘n’ chips” meaning good staple diet (British) as opposed to “British food” (American) meaning inedible.

I still struggle with this idea (American) that “British cuisine” is an oxymoron, but of course I won’t be mentioning that at the interview in case they strip me of my Green Card there and then. In the meantime, I think British versus American English should be added to the language skills test, since when I first arrived on this soil I once spent about half an hour trying to get a box of plasters in a drug store in SoHo until another customer took charge and bustled over, saying to the assistant: “It’s okay, I speak English!” like the woman in Airplane saying “It’s okay I speak Jive”.

Perhaps I will wait until I become an American to suggest these, er. … Amendments to the citizenship test. Don’t want to come off as “clever”. Meanwhile, belated HAPPY JULY 4th, which this time next year I will be able to celebrate as the day “we” got away from “us”! 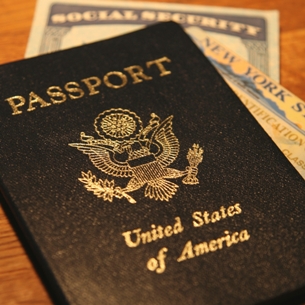