Arrived at Perm feeling very capable, having negotiated my way to the airport on the  same civilized train that brought me into Moscow, for only 400 rubles (pretty much free at the current exchange rate). I was picked up by my driver, Tatanya, at the other end and driven to my hotel and whisked out to dinner by Mary (like all Russians, she has about ten names but this is the one she uses with English speakers) and her fiancé, Alex.

Both so sweet. I have to say that I love the fact that, in spite of being super capable of doing anything a man can do, the men still help women on with their coats and pour their drinks. Very Southern gent and all. I’m talking men and women in their 20s.

And speaking of super capable, Mary is who I want to be anywhere near in the event of The End of the World. She is so absolutely in charge (in a good way), and fun. She introduced me to some truly evil (as in irresistible) chocolates, took me shopping in the freezing-arse cold across a giant parking lot to a huge shopping mall and caught me every time I nearly slipped over. Plus she speaks perfect English – which would come in particularly handy if I happened to be in Russia when The End of the World happened.

Next day, after a full night of actual sleep, I went to the club, Fort Grand, where I was greeted by giant picture of Beyond the Blue album at the door.

The rehearsal was easy peasy. Musicians have a superstition that if a rehearsal is too good then the gig will be bad, but it was good but not too good. The best rehearsal is when things “come up” to be dealt with. The worst rehearsal is when everything magically happens exactly as it is supposed to and then on the actual gig, when things come up you can’t stop and say: “Ah yes! Not like that, like this”. The band was great (Russian musicians are always, in my experience, extremely soulful), the audience was lovely and not too talky (they talk more in clubs there than in the US), the venue was beautiful and I had fun! And my shoes didn’t even kill me. I am so grateful to have been invited out of the blue to do this gig. In fact, I am so grateful to do gigs at all – especially in distant climes (even snowy ones). Especially when my shoes didn’t even kill me. More pics below. 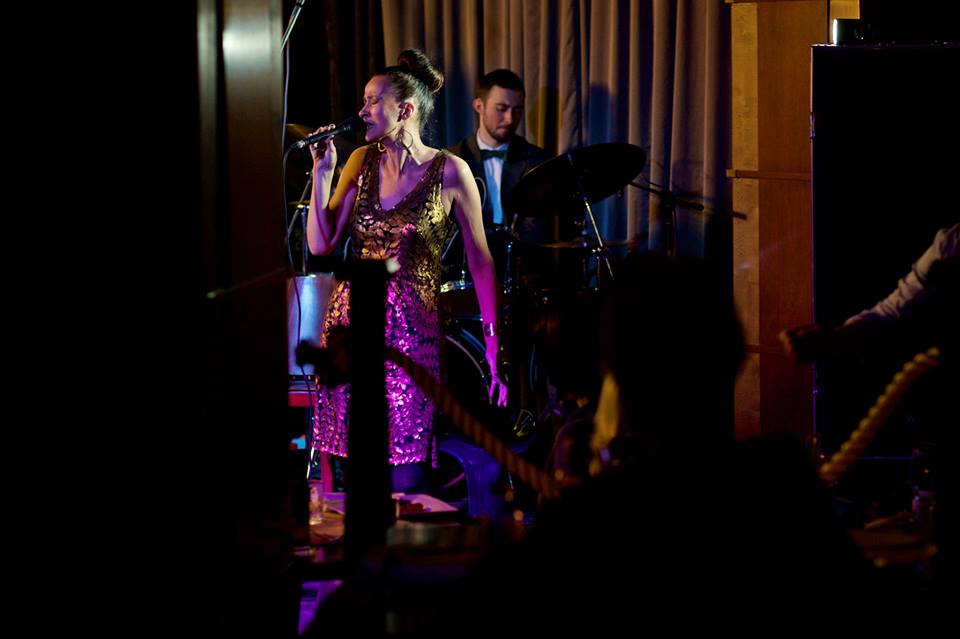 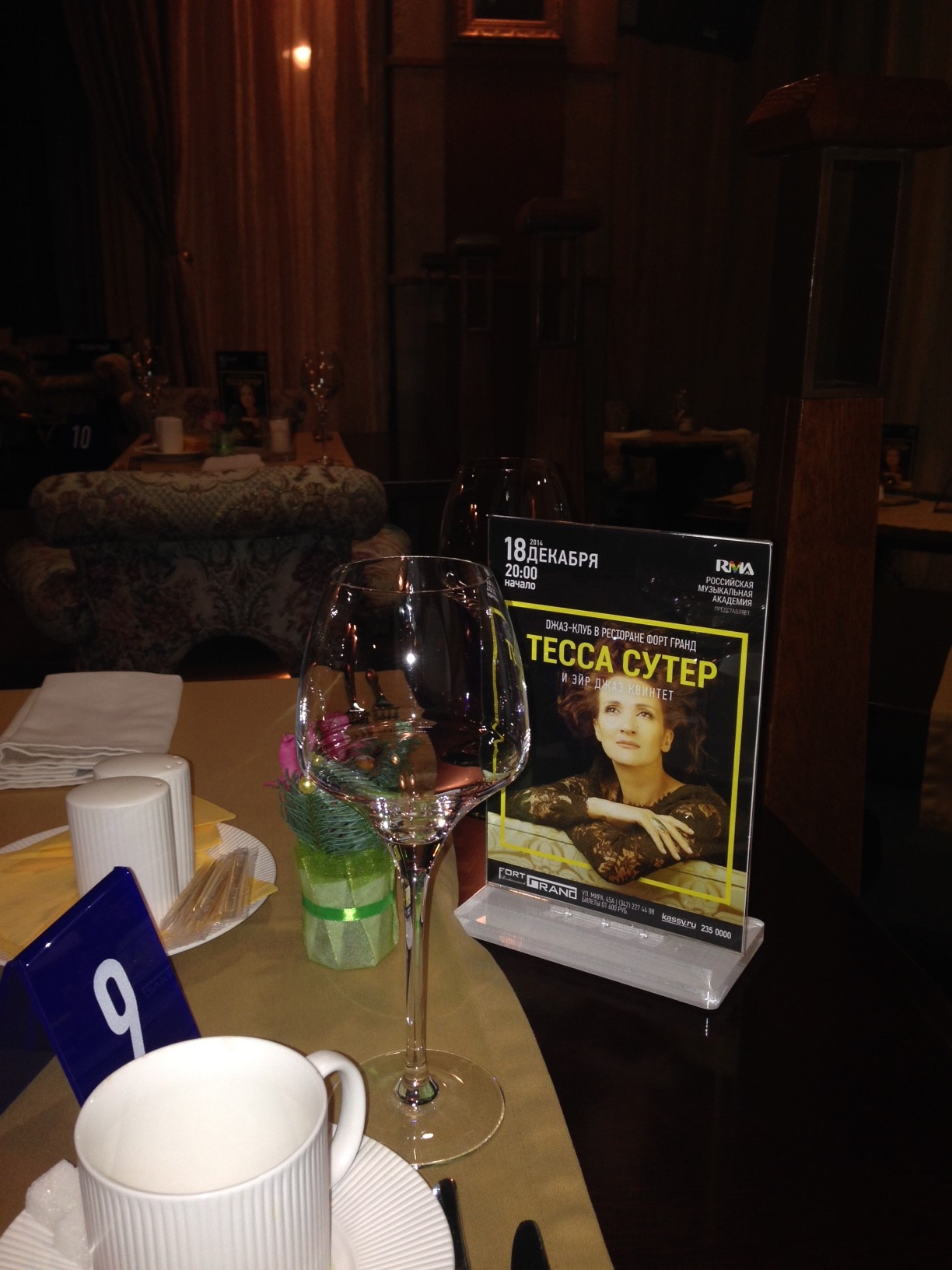