Okay, so … I won a competition to perform in a Gap store — one of 800 stores throughout Canada and the US having a mass gig in celebration of the new Born to Fit range of jeans and 40 years of the Gap. This seemed terribly exciting. But about two days before the actual performance I suddenly got a strong instinct that perhaps it wasn’t going to be very productive. I mean, … a Gap store. In a deserted suburb of Philadelphia. A week before college starts back. On a Thursday evening. After hours. In August. During a 90 degree heatwave. But you can’t just not turn up! 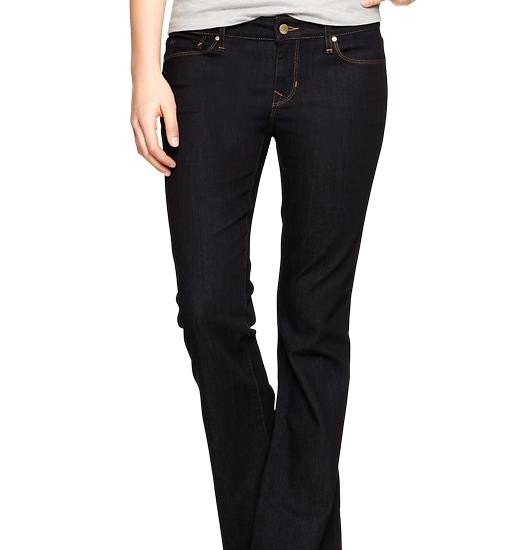 So I guess I wasn’t terribly surprised when we finally located the store, in an outdoor mall, and noted a distinct lack of “throngs”. In fact, there was no one in the shop when we burst through the doors, thinking thoughts along the lines of “shorely shome mishstake!” and “Wot? No poster?” At one point, one of the staff actually went outside to drum up business, calling out: “Two-for-one specials!” to no one in particular — or do I mean no one at all, since I didn’t actually see anyone in the desert-like parking lot.

It wasn’t a total bust. There was a TV … well “crew” wouldn’t be an accurate description of the lone camera man that was there. But he did film us, and, apparently, we did make the local news at 6PM, 11PM and 6AM the next day. And I sold four CDs, which is fab in terms of percentage (maybe ten people came through) but not so fab in terms of recouping expenses. Then again, Jason and I got vouchers for two pairs of jeans EACH! And the staff were all fabulous. Lovely. Helpful. Fun. And there were snacks! And Gap has some great two-for-one specials going on! And, may I say my bottom looks very fetching in my new “sexy boot cut” jeans.

Otherwise …. well, as a competition. I mean… let’s just say, well, I’m not entirely sure what I won, exactly — aside from my “sexy boot cut” jeans, which I do like very much. Somehow, it reminded me of the time Mum saw a marvelous offer for cheap monogrammed toothbrushes in a posh London department store. She ordered four and then watched, incredulously, as the young woman behind the counter took a black marker pen and scrawled our names in bad handwriting on four cheap looking toothbrushes and then handed them back to Mum, who obediently paid in a sort of dazed disbelief.

Thank goodness I was with Jason, who is an angel (or perhaps a saint), and joined in my laughing about it on the way home (though weakly, I admit) and who only said ONCE of my navigating skills (which had kind of caused us to take the alternative route — Oh, okay, take several wrong turns, leading to the snarl up which caused us not to get home until 3am) that I had “the concentration span of a flea!”

Then again, he did ignore my express warning that I’m a directional dyslexic and that, unlike those blind people you hear about all the time that make crash landings in the Brazilian rain forest and miraculously burst out of the jungle six weeks later — a little slimmer perhaps, but alive! — I couldn’t machette my way out of the proverbial paper bag, and if I were dropped in the middle of a Devon field of long grass would be found six weeks later lying on a small, circular patch of trodden-down leaves having starved to death (without losing a single POUND, by the way!), wondering how those blind people DID it. Although, thinking about it, I could’ve eaten the grass (yet another example of wise after the fact).

All of which proves that it is easy to be fooled by the word “winner” into doing some very silly things, like drive for seven hours (round trip, via the snarled-up route) to an unpaid gig in a small deserted suburb. But I do love my “sexy boot cut” jeans. And Billy (the official saint that my parents have been praying for all these years) will love his sweater (Jason and all the staff agreed he looked great in it when I held it up against the photograph of him in my wallet). And I am sure Natalya will love the top Jason got her. And Jason looked great in his new duds.

So all’s well that ends well. Just like when Bill Evans played at a Chinese restaurant in Edmonton (say, … what?) and, that very night, met the last love of his life. Read a fascinating five-part interview with her (Laurie, of the Bill Evans song) currently up at www.jazzwax.com. As an amazing, unrelated, coincidence, Jason and I played with Bill Evan’s last drummer, Joe La Barbera, in the summer at the Catalina.

P.S. Does anyone want to enter a competition to win my latest CD for $5 MORE than it would cost them normally!